Have you ever heard someone say that ballet isn't for boys? That ballet is a feminine activity, reserved solely for girls? Statements like these can't be further from the truth. To understand why this stereotype persists today, we must first look back at the history of ballet as a performing art. 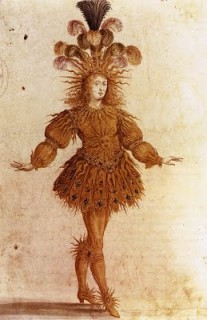 Ballet finds its origins in the Italian Renaissance courts of the 15th and 16th centuries and was brought to France by Catherine de' Medici when she married Henry II of France. Ballet developed as a performing art form in the 17th century, during the reign of Louis XIV, and at this time, only male performers were permitted to participate.

Louis XIV was extremely passionate about ballet. He received his nickname, 'The Sun King', after his role of Apollo, the sun god, in Ballet Royale de la Nuit. Ballet was used as a political tool at this time, as Louis XIV integrated ballet deeply into court social functions, He fixated his nobles' attention on upholding standards in ballet dancing, distracting them from political activities. He also established Académie Royale de Danse where ballet steps were codified - this is why all ballet terms are in French.

Looking at the historical roots of ballet, you can see that centuries ago, men who danced were held in the highest regard. Why has this changed?

From the Palace to the Theatres... 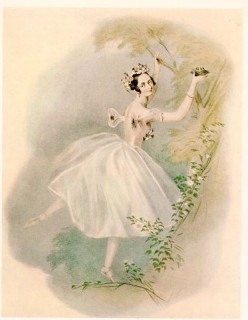 In the early 19th century, ballet moved from palaces to theatres, allowing the common people to experience the art form. This time in history was quite turbulent, with many periods of war affecting the countries where ballet was developing. With healthy men sent off to fight, theatres in Europe no longer had access to as many male dancers, leading to the rise of the ballerina. Some men who did not go to war, due to health reasons etc., who remained involved in ballet, were looked down upon, as they were not serving their country. This was the first time where discrimination against men in ballet began commonplace. With the cultural shift, epitomising the ethereal ballerina, the male dancer faded into the background, with choreography specifically made to highlight the female dancer.

Marius Petipa, a French dancer, pedagogue and choreographer, held the position of Ballet Master and principal choreographer at Russia's Imperial Ballet (now Mariinsky Ballet) from 1871-1903. During his time there, he created over fifty ballets, including the well-known classics such as The Sleeping Beauty (1890) and The Nutcracker (1892). Through his choreography, he pushed the male roles to greater importance, rather than just showing off the ballerina - using bravura steps like large jumps and turns, to show off male strength.

After the Russian Revolution, ballet was seen as an aristocratic art form and almost did not survive as Russia moved into the Soviet era. To help remove some of the negative Imperial connotations, choreography for Imperial era productions was modified, adding more athleticism and technical feats, leading to further progression of the male dancer.

Pushing the boundaries of dance continues to this day. Male dancers are performing more and more impressive technical movements, such as the extremely difficult triple tour en l'air, or double revoltades. Why is it that prejudice against men in dance still exists? 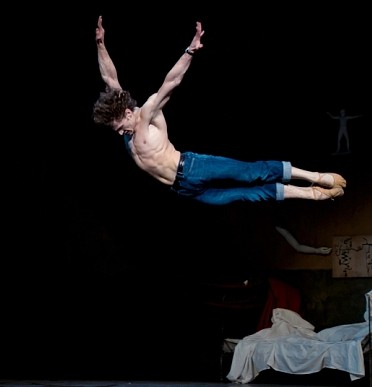 Unfortunately, as time moved forward, the 19th century western view of the male dancer being weak and effeminate persisted, despite the reality that male dancers participate in intensive physical training, making them extremely strong and athletic. Look out for future blog posts in which we will explore the current views on male dancers in greater depth and celebrate the men who share their love of dance with us at Les Petits Ballets!

Tags:
male dancers ballet history stereotypes
Boy's Don't Do Ballet, Do They? PT 2 - Interviews ...
Aplomb - What is it and Why is it Important in Dan...

Boys Don't Do Ballet, Do They? PT 3 - Ballet Dancers Who May Surprise You

Boy's Don't Do Ballet, Do They? PT 2 - Interviews with Two Male Dancers