Stylistic variations and subgenres of ballet have evolved over time. In addition to different training styles (our training is based on the Vaganova style at Les Petits Ballets), there are also different styles of ballets which were dependent on the era in which they were choreographed. These are Romantic, Classical, Neoclassical and Contemporary. 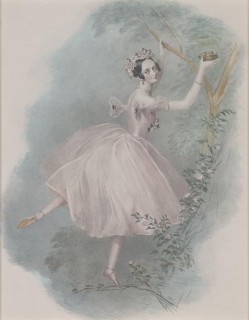 The ballet, La Sylphide, originally choreographed in 1832 by Fillipo Taglioni (father to Marie Taglioni, credited to be the first ballerina to perform a full ballet in pointe shoes) and revised in 1836 by August Bournonville, is the quintessential Romantic ballet and is considered to be one of the first.

This period in ballet, taking place from the early to mid 1800s, epitomised the ethereal ballerina clad in long, usually white tutus (now referred to as Romantic tutus) and was the era in which pointe work emerged. The plots of most Romantic ballets revolved around supernatural women such as spirits, fairies and ghosts and emphasised a soft, delicate aesthetic. 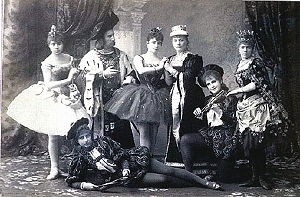 Classical ballets are based on traditional ballet technique and vocabulary with an emphasis on mime to tell the story to the audience. Marius Petipa, ballet master at the Imperial Theatre in St Petersburg (now Mariinsky) and choreographer of numerous ballets still performed today, is considered to be the father of classical ballet. The era is considered to have taken place from the mid to late 1800s.

With further improvements to the pointe shoe, the ballerina continued to take centre stage, performing more technical feats than her predecessors of the Romantic era. Classical tutus were shortened to show this new footwork to more closely resemble the tutus that are worn today. 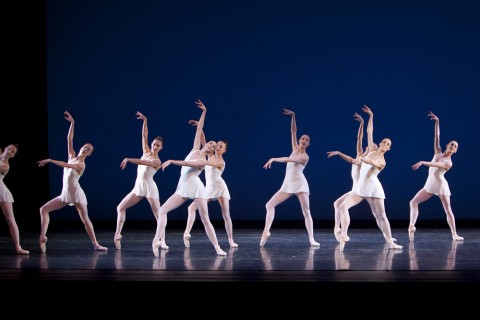 The Neoclassical period in ballet took place from the early to mid 1900s with the first true Neoclassical ballet considered to be Apollo, choreographed by George Balanchine in 1928. The early 1900s brought about by a rebellion against some of the stuffiness of classical ballet such as detailed narrative and heavy theatrical setting, taking a more minimal approach. Neoclassical ballets are usually abstract, sometimes with no clear plot, costumes or scenery and put the emphasis on pure dance. Rather than completely turning away from the classical ballet vocabulary, it was built upon. Choreographers such as Balanchine and Frederick Ashton began incorporating extended and sometimes distorted positions, faster speeds and increased freedom of movement.

Concerto Barocco, premiered in 1941 with choreography by Balanchine. It is considered to be a perfect example of Balanchine's Neoclassical style, as it celebrates pure dance and music without a story. It is referred to as music made visible with two elegant yet dynamic lead ballerinas each depicting one of the instrumental soloists in a virtuosic double violin concerto.

Contemporary - In the Upper Room 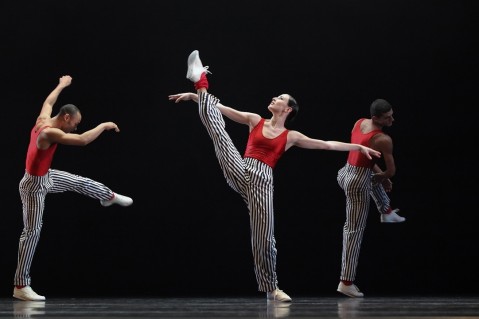 Representing ballets many ballets choreographed in the mid 1990s to present, the Contemporary style of ballet encompasses a wide range of stylistic choices. Dancers move bigger and faster, calling for an increase in athleticism and strength compared to previous eras. Floor work is often incorporated, as well as turned in legs and dancing barefoot, although pointe shoes can still be work.

In the Upper Room, with choreography by Twyla Tharp, premiered in 1986 and is a great example of contemporary ballet. The choreography, costumes, music and lighting are combined into a transcendent experience for both audience and performers.
Tweet